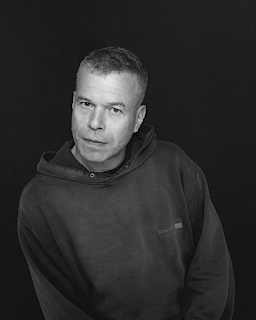 In the September 10th issue New Yorker Magazine Emily Witt profiles Wolfgang Tillmans’s life and art, highlighting his ability to question existing values and hierarchies with his work for over three decades.


In a corner of Panorama Bar, the upstairs venue of the Berlin night club Berghain, there is a large, unlit photograph of the back of a throat—one of three photos by the German artist Wolfgang Tillmans that hang on the walls. Berghain is a techno club known as much for its code of etiquette as for its sound system. Photography is forbidden. Cell-phone-camera lenses are covered with stickers when patrons enter. Doormen are strict about whom they let in, with apparent biases against conspicuous displays of wealth. The party starts at 11:59 on Saturday night and continues until Monday morning; it’s common to stay for twelve hours, or twenty. There is no V.I.P. area. The bathrooms are ungendered, the atmosphere is sexually open, and the ethos is queer. Ravers make pilgrimages to Berghain from all over the world. Some call it “church.”
When the club’s owners approached Tillmans to acquire one of his pictures, in 2004, its patrons were mostly gay men, and he chose “Nackt” (“Nude”), a photo of a woman exposing her vulva. In 2009, as Berghain’s reputation grew and its clientele became more heterosexual, he replaced the photo with “Philip, Close Up III,” which shows a man exposing his anus. Six years later, he hung the throat instead, describing it as “kind of like where all the joy comes in, in different ways and forms.”

You can read the full New Yorker piece HERE.

Opening next Thursday, September 13th from 6 to 8 PM at The David Zwirner West 19th Street gallery NYC, Wolfgang Tillmans: How likely is it that only I am right in this matter? The show presents new and recent work, marking the artist’s third solo show with David Zwirner.

You can catch Tillmans in conversation with Paul Holdengräber, kicking off the 2018 season of LIVE from the NYPL, tomorrow, September 5 at 7 PM. The talk will be live streamed on the library’s website HERE.


"I love that art is ‘useless’ and that it has no ‘purpose’. That makes art so incredibly powerful. And so, I don’t think one should turn to artists instantly and ask, “What are they saying?” I think, really, every private person should take part in democracy, because if you don’t, others choose for you."
—Wolfgang Tillmans, New York Times